Bank of Portraits / Malofiii Illia and Varvara, and Halyna Korpusenko 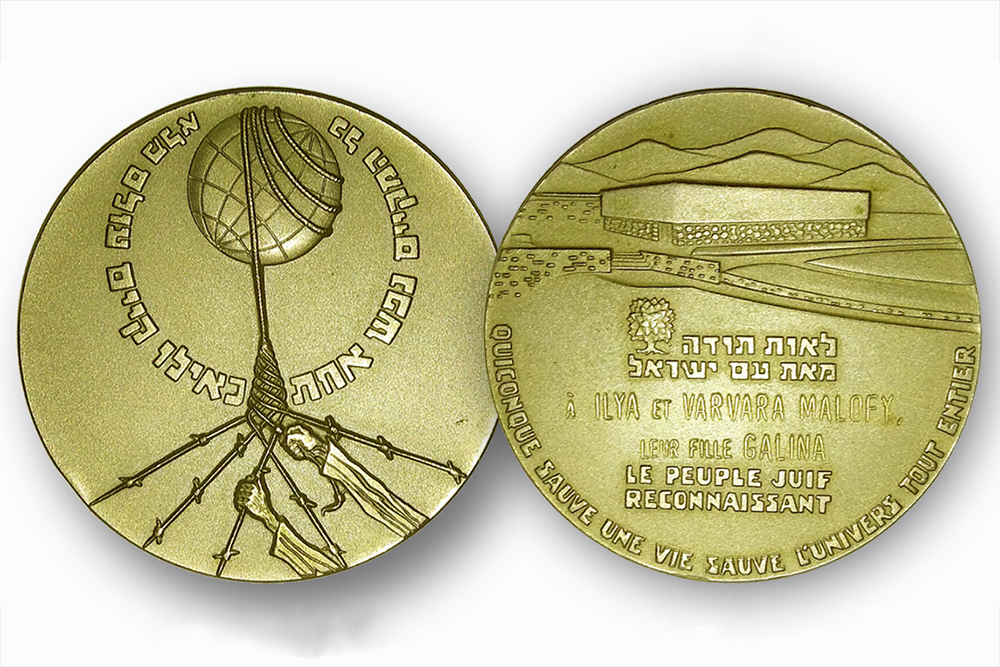 Halyna was born in 1916 in the village of Kozyntsi, Borodianka district, Kyiv region. After graduating from school she worked as a typist in Kyiv. Borys, her peer, was a locksmith at the plant named after the 13th anniversary of the October Revolution. In 1926, his Jewish family, who came from the territory of the present-day Cherkasy region, moved from Katerynoslav (now Dnipro) to Kyiv. At the beginning of the German-Soviet war, Mindich had a position in the Kyiv Main Directorate for the Supply of the People's Commissariat of Munition. 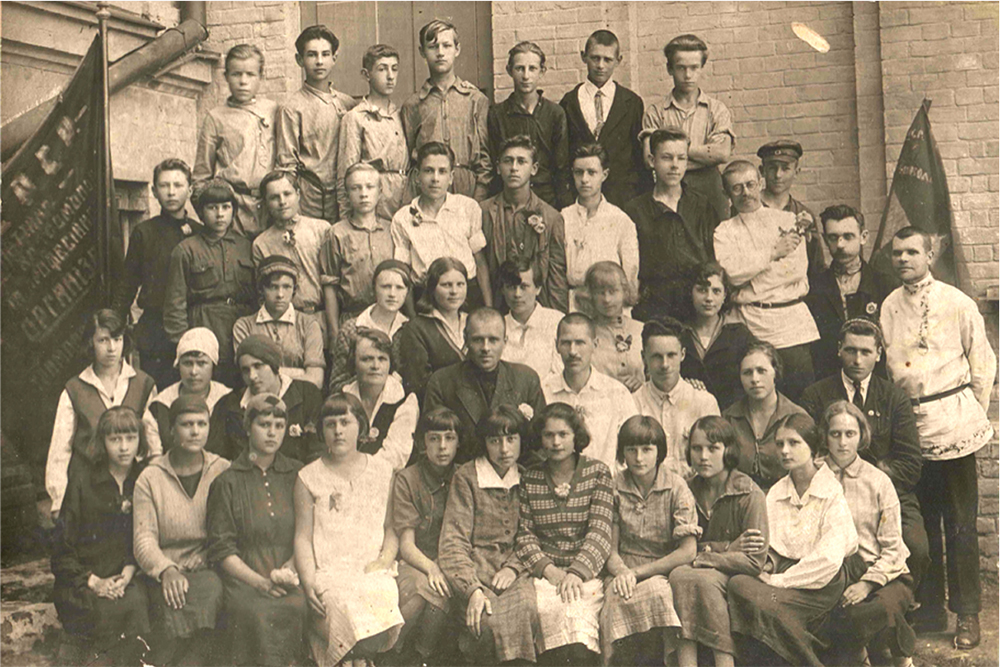 At the beginning of the war, Halyna and Borys parted ways. She returned to her native village, and he became the commander of the platoon of the 1st Fighter Battalion of the NKVD of the Kirov district of Kyiv.

In the first decade of October 1941, he was captured.

"On September 21, 1941, we held the position in Litky, Oster district. At that time, we did not know that Kyiv had been surrendered, and we were ordered to battle our way to Kyiv. We moved forward and were surrounded near Borshchev. There we held the line. After we bridged over, we moved to Berezan. There were 12 people left from the company. During the shelling, people scattered away, and we began to move forward separately. I walked for 9 days, on the 10th day I came to Yahotyn. Mykola Fomin went with me. In Yahotyn I was stunned by a shell. There, Fomin and I were captured. " From the transcript of Borys Mindich about the activities in the enemy's rear and the circumstances of being captured. Kyiv. 26.11.1943

After spending eight days in the transit camp, the Germans sent Mindich and Fomin as part of a group of several hundred prisoners to the Darnytsia camp. On the way to Boryspil, the fellows in arms escaped. Borys had no one to ask for shelter in Kyiv. His parents and sister Yevheniia were evacuated to the Chuvash Autonomous Soviet Socialist Republic on the eve of the war. Remembering the name of the village where Halyna Korpusenko's parents lived, he went there hoping that he would be sheltered there and get food and clothes.

Despite the danger of hiding Jews, Illia and Varvara Malofii took Borys to their house. They dug a hole under the floor in the barn, where they sheltered the fugitive for several months. Halyna Korpusenko introduced Borys Mindich to local youth, who formed a center of anti-Nazi resistance.

In the spring of 1942, the Malofiis were denounced to the village administration for a stranger lived at their place.

"Ilko Matviiovych! Your daughter Halyna and a prisoner of war who lives with you have been assigned to work in Germany. They have been summoned 3 times already, they are viciously sabotaging. You are warned for the last time that if they do not show up at the assembly point, they will be qualified under current law as saboteurs, and you may be severely punished for covering up a prisoner of war. " According to the order of Kozyntsi village council. May 14, 1942. Spelling and style are preserved.

Realizing that it became dangerous to stay in the Kozyntsi village, Halyna and Borys fled to the Klavdiivskyi forest. Together with their comrades, they searched for weapons, ammunition, and recruited like-minded people into the partisans.

"In Zabuiannia village we asked the residents about the detachment, but no one wanted to tell us anything. Suddenly a man entered the house where we were. He began to ask who we were and where we were going. During the conversation, we told him that we were leaving the Klavdiievo forests and looking for a partisan detachment. Then he took us to the Kodrianskyi forest to a place where there were 70 armed men in tents made of woven branches. We were introduced to the chief of staff of the Makariv detachment of Kolos from the Khytrychenko unit. We asked to join our group, and our request was granted." From the transcript of Borys Mindich about the partisan activity. Kyiv. 26.11.1943

On October 18, 1943, Borys Mindich became the commander of the 3rd Borodianka partisan detachment within the unit of the Ukrainian cavalry partisan detachments of Mykhailo Naumov. Halyna Korpusenko acted as a liaison and intelligence officer. With the approach of regular units of the Red Army, the detachment actively passed intelligence information across the front line, and on November 7, 1943, as part of the 1st Guards Cavalry Corps, it crossed the Zdvyzh River and took under control the Nova Hreblia village in Borodianka district.

Halyna Korpusenko and Borys Mindich spent a lot of time together in the forest and, despite all the difficulties of the war, fell in love with each other and started a family. They lived together for 40 happy years, and only the death of Borys Mindich could separate them. In 1982 he passed away. 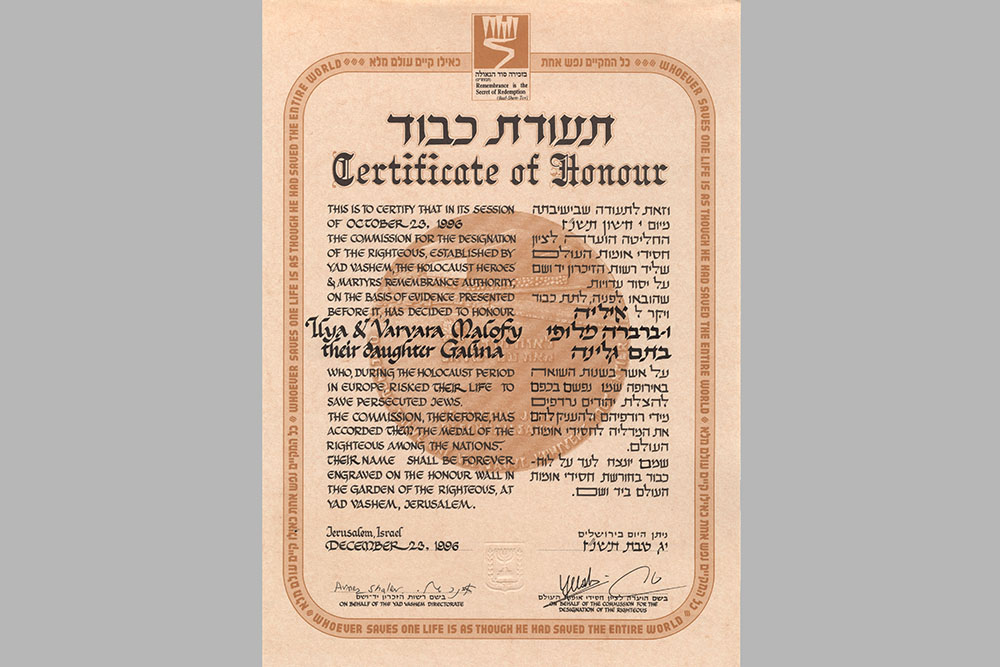 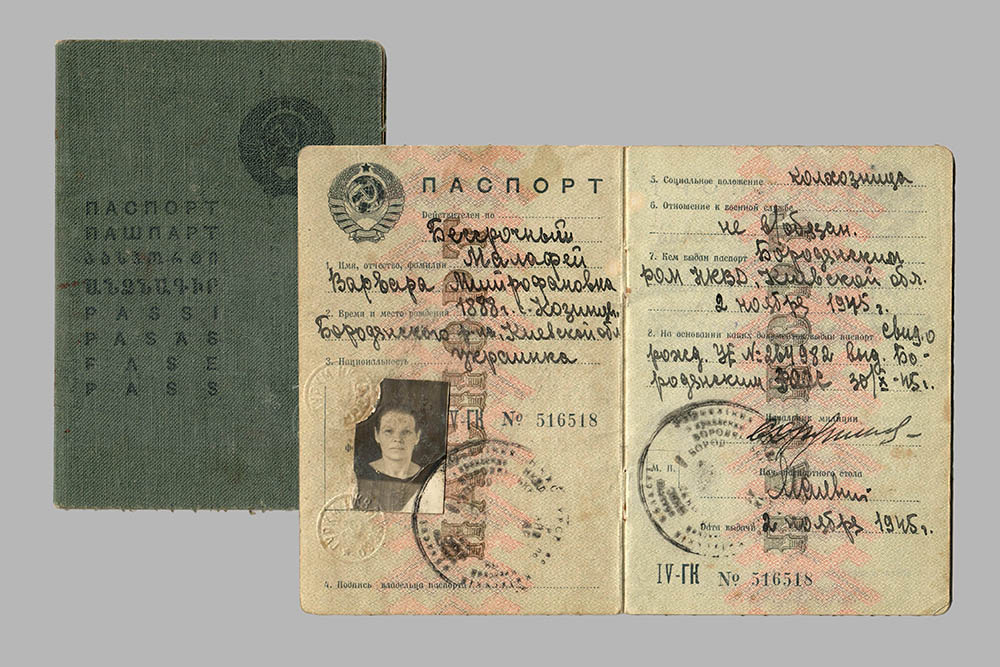 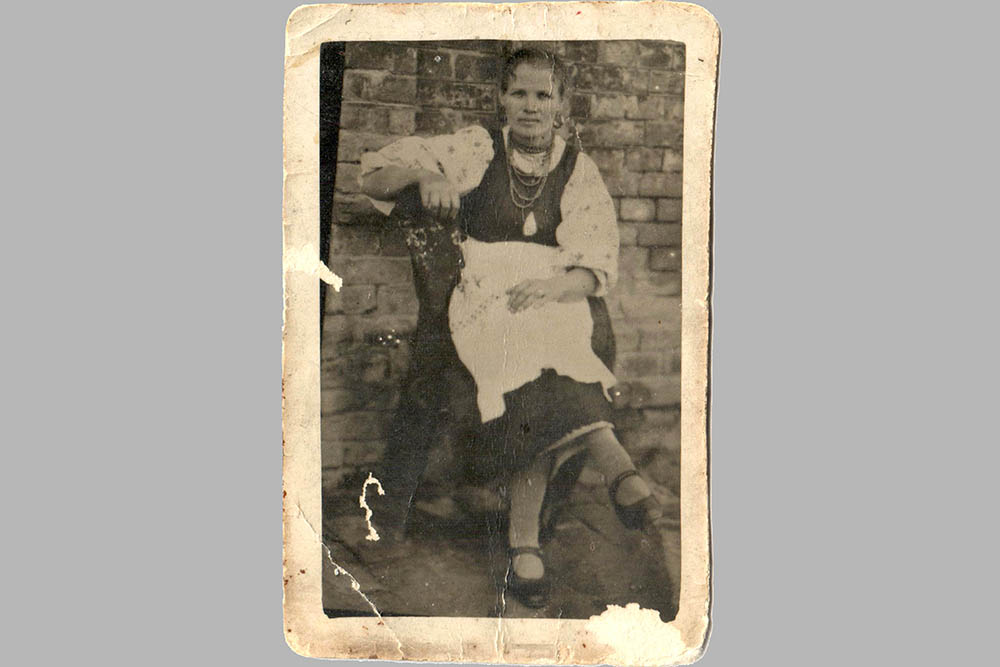 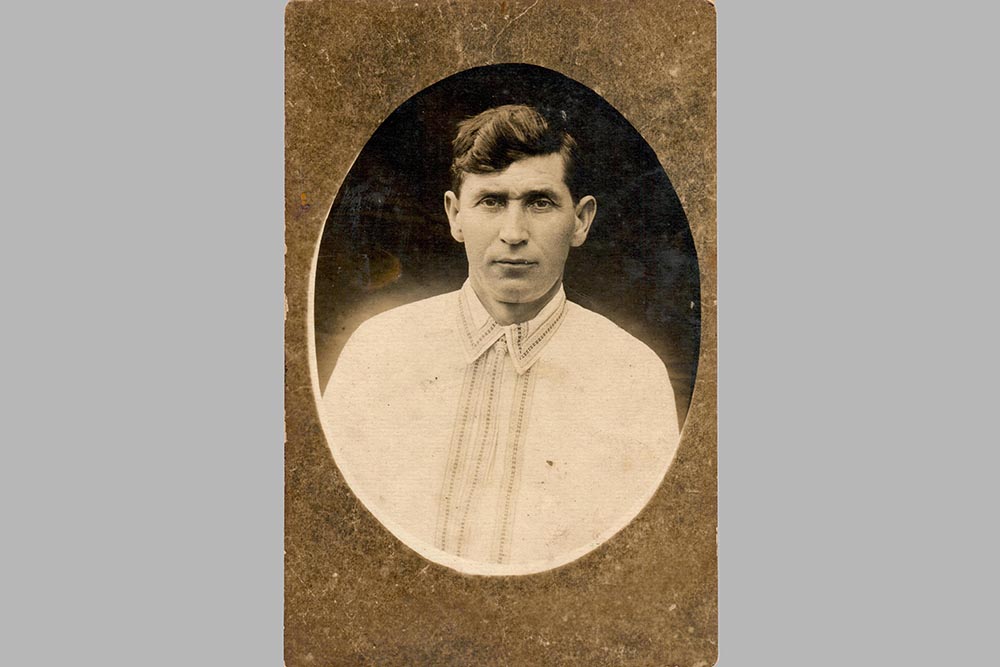 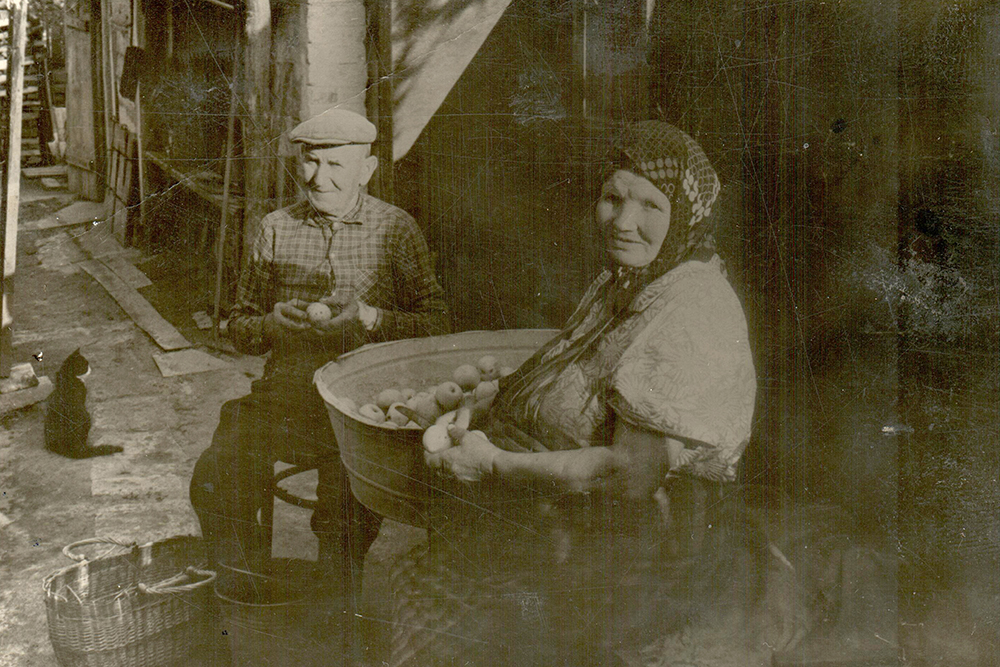 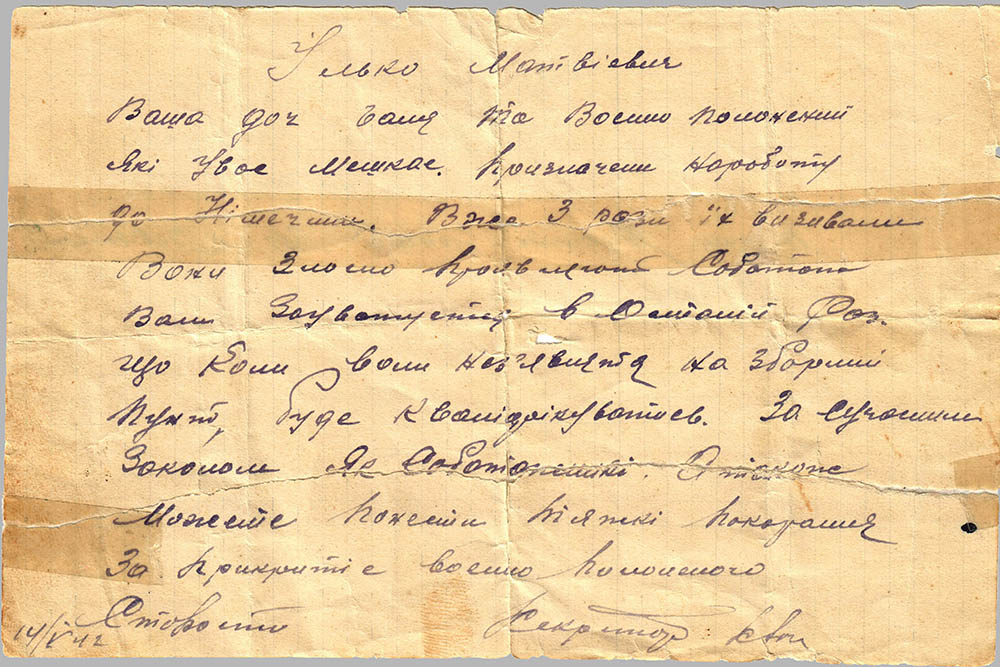 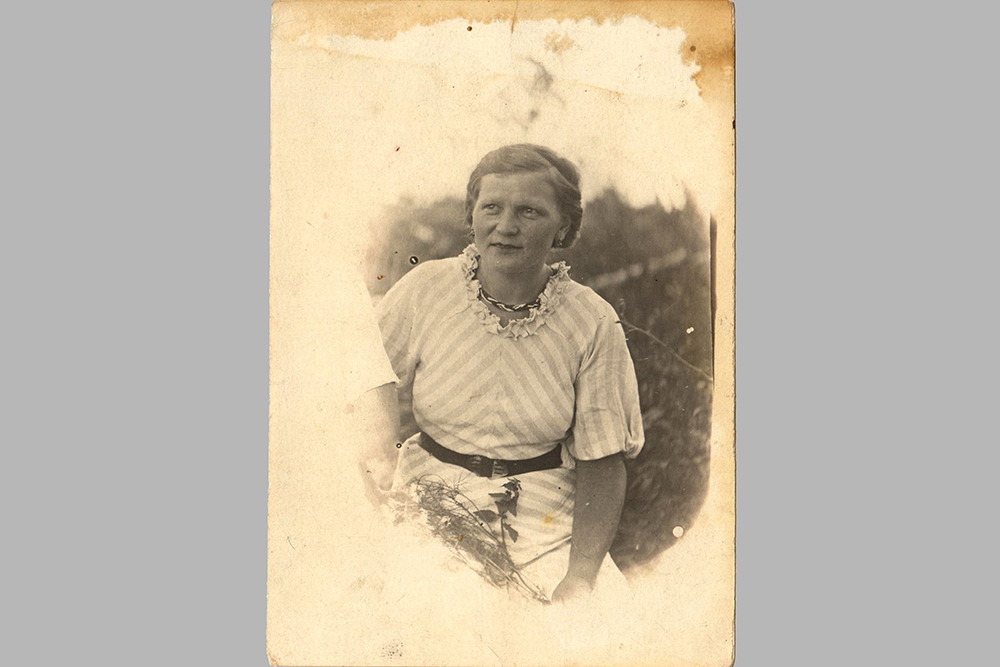 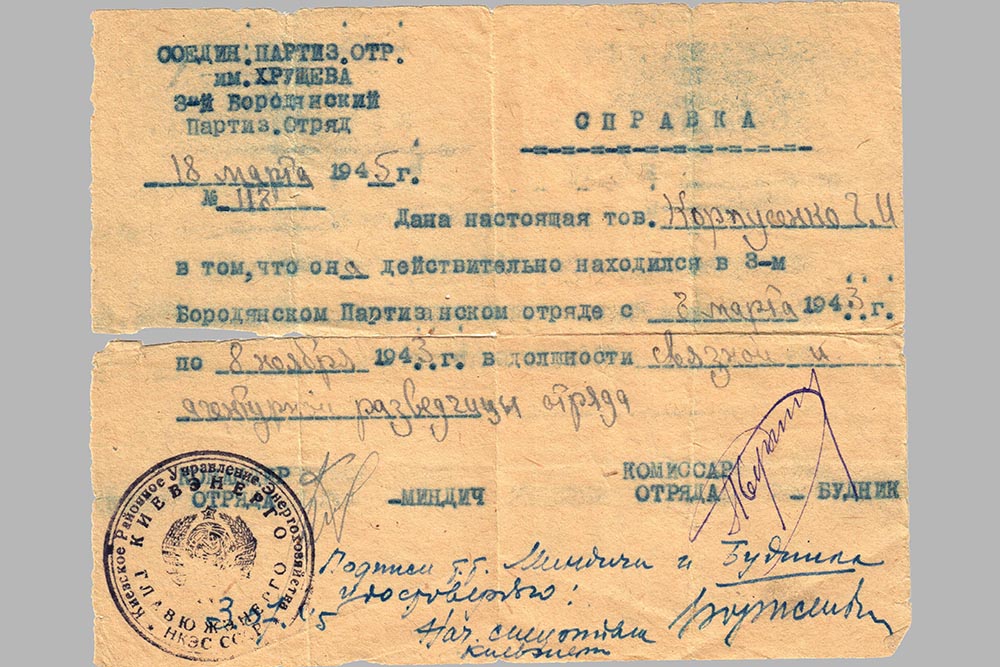 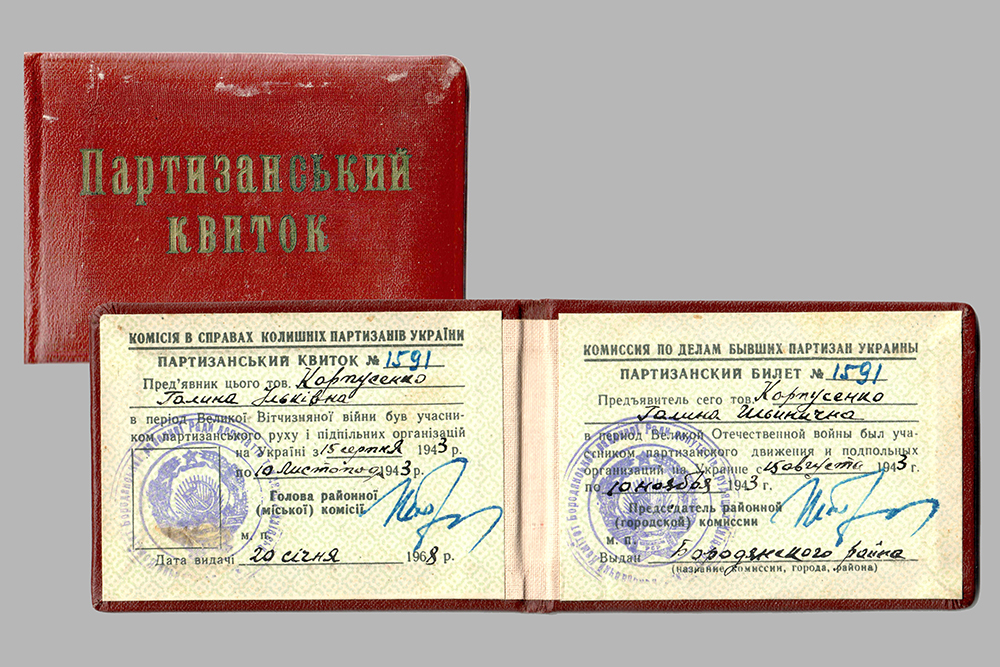 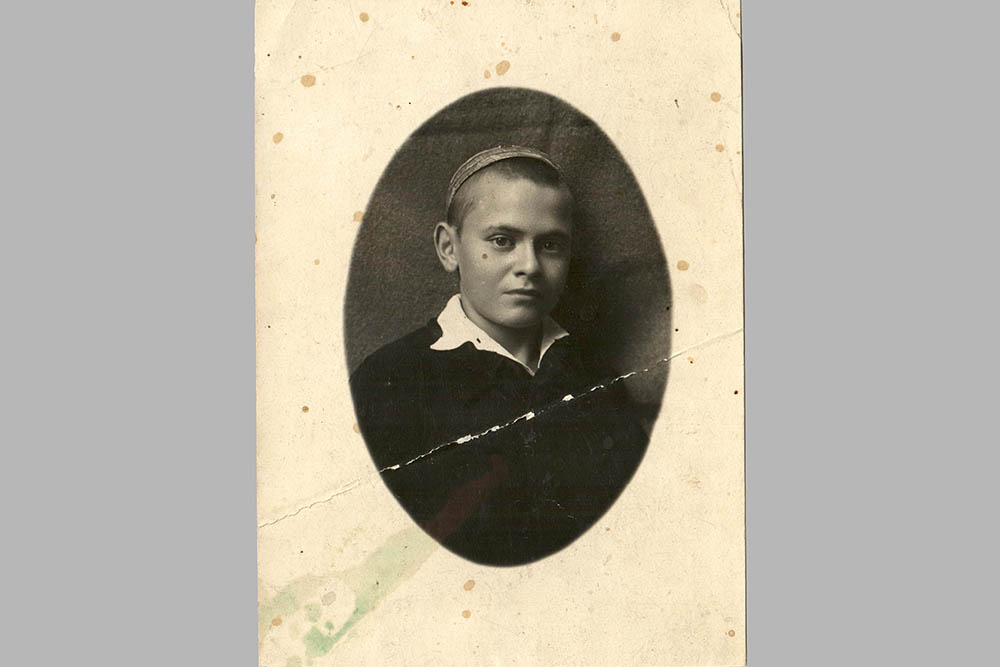 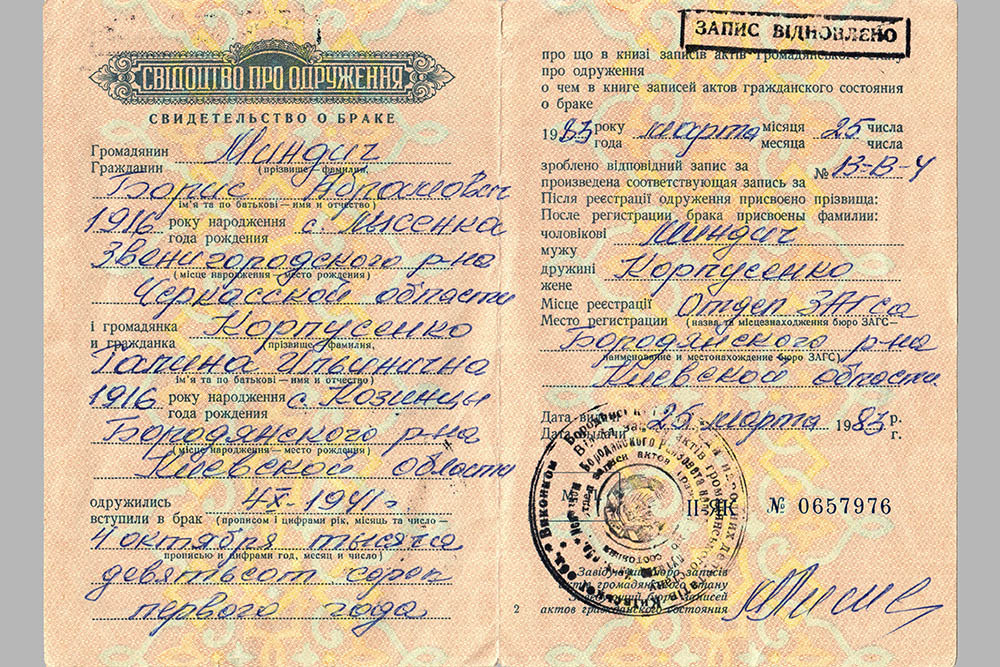 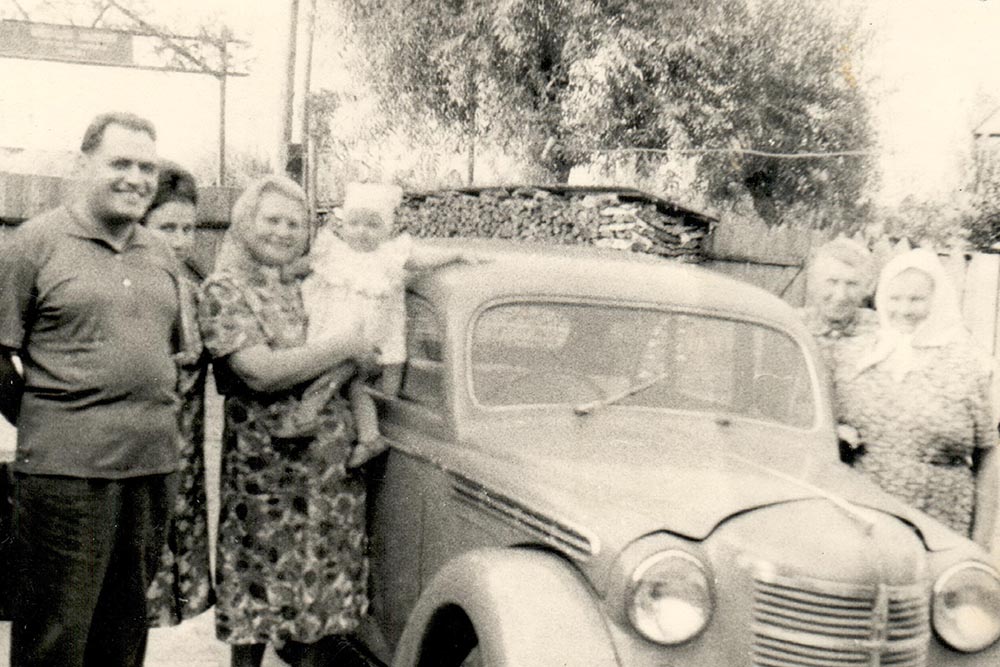 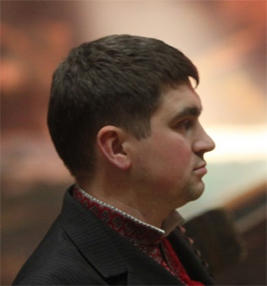