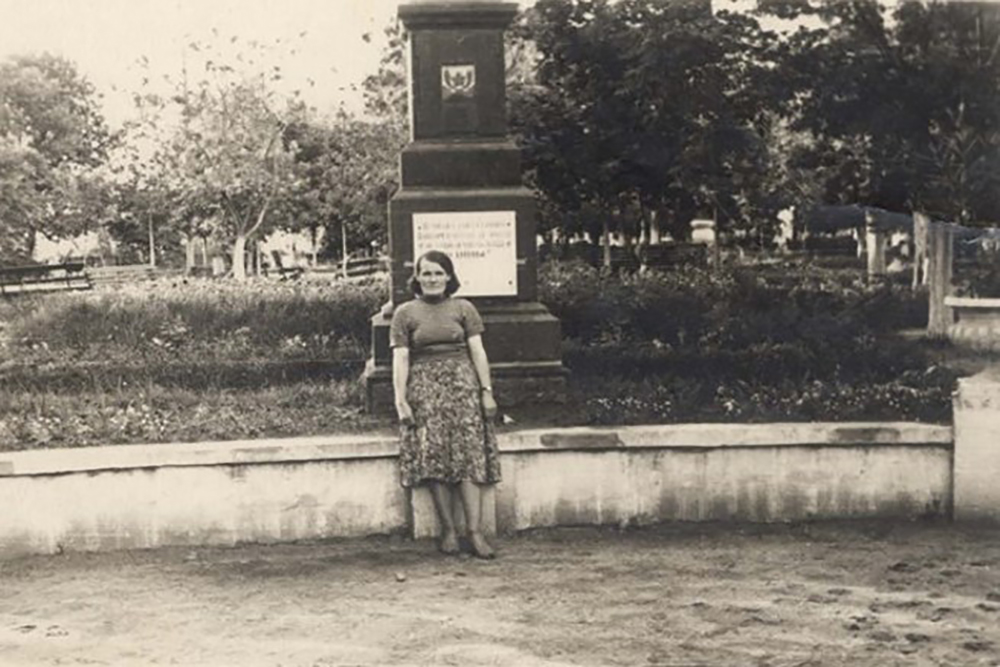 Mamchenko family lived in the city of Cherkasy. Ivan Mamchenko worked on the railway station and his wife Maria was the head of the store on the same station. They had four children. The youngest son was born at the end of June of 1941, two weeks after Germans attacked the Soviet Union. Ivan was mobilized for the Red Army and killed soon.

On the eve of the Nazi occupation of Cherkasy, Maria tried to evacuate her family, but German bombers their train. Maria was wounded and her youngest son was killed. So, the family returned to Cherkasy. Due to her wound, Maria couldn’t work, so her 11-year-old son Valentyn was responsible for the survival of the whole family.

Among his other responsibilities, there was also visiting the neighboring family of Mania Hershunova. The mother of three children disobeyed the Nazi’s order about the resettlement to the local ghetto and stayed in her apartments. She tried to pretend as a Russian who was married to a Jew. According to her legend, Mania’s husband was a soldier of the Red Army. Everything seemed to be good, but someone betrayed Mania and told German authorities about her real origin. So, the whole family was arrested. When Germans were transporting all the Jews of Cherkasy to the place of extermination on the city’s outskirts, Mania was holding her 5-year-old daughter Lidia. Suddenly she saw her friend Maria Mamchenko among the other bystanders. When their eyes met, Mania quickly put her daughter Lidia on the pavement and went forward. Maria picked up the child and ran home. 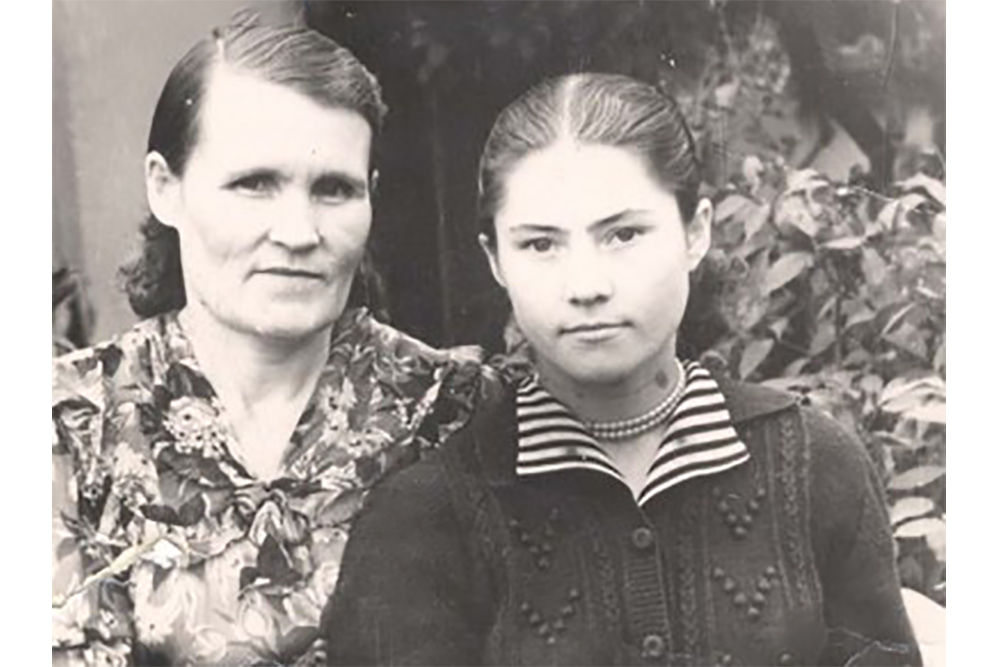 In the same evening 15-year-old brother of Lidia, Mytia, came to the house of Maria Mamchenko. He also escaped the place of mass shootings. Their mother Mania and sister Hesia were killed on that day. On the next morning, Lidia woke up with a high fever. Maria brought her to the local hospital where her acquaintance worked. They managed to register a girl under the surname Khaika. Lidia was in the hospital for many weeks after the recovery.

Maria was visiting Lidia regularly and later successfully placed her at the local orphanage.  For some time her brother Mytia was hiding in the House of Maria Mamchenko, but later met another Jewish escapee Serhiy Tarasevych. They started hiding together. Serhiy was secretly living in the abandoned house of his family, nearby Maria’s house. No one was searching for him, as it was believed that his family has been successfully evacuated. But Serhiy was the only member of his family who missed the train and stayed in the city. Since the first days of occupation, Maria’s son Valentyn was providing Serhiy with food and important information.

Serhiy and Mytia were hiding together for a few months, but in the summer of 1942 Mytia decided to leave Cherkasy and cross the frontline. He failed to get to the Red Army positions but finally joined the group of Soviet partisans. Serhiy, Lidia, and Mytia survived the Second World War and maintained warm relations with Maria Marchenko till her death in 1973.

On March 15, 2003, Yad Vashem named Maria and Valentyn Marchenko the Righteous Among the Nations. 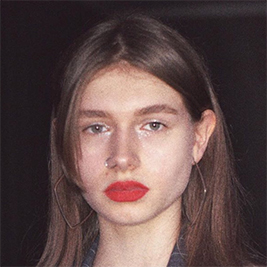