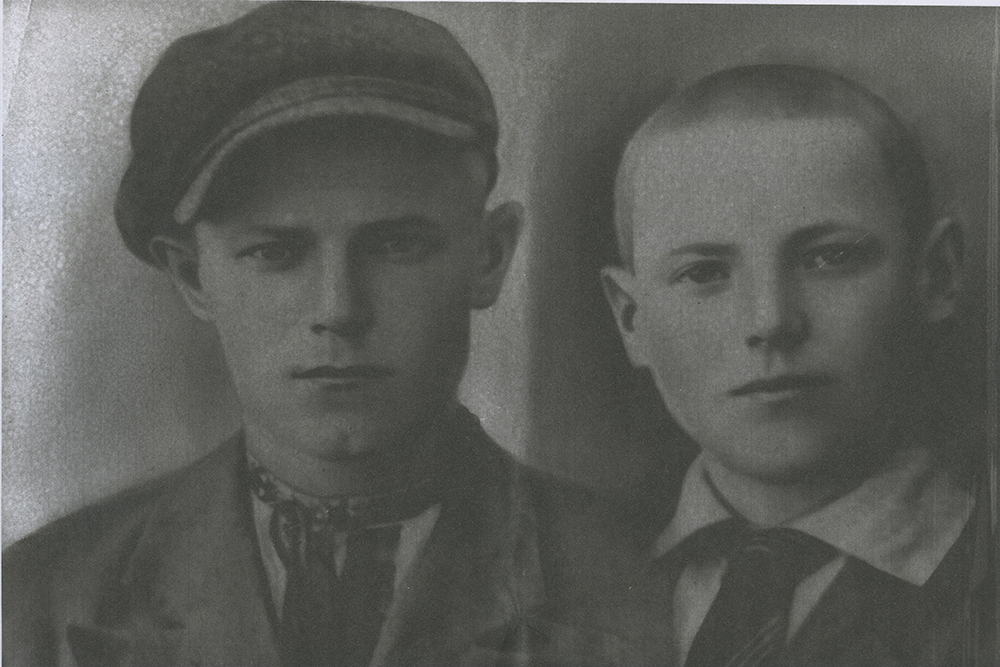 This peasant family consisted of Lavrentiy Shevchuk, his wife Yevdokia and their three children. They lived in Lanivtsi village in Ternopil region, West Ukraine.

Lanivtsi was a settlement with the real Jewish renaissance. According to the 1847 official population census, the Lanivtsi Jewish community consisted of 523 persons. However, the dramatic events of the XIX - XX centuries, like a wild river, stressed the settlement.

In the late XIX century the Lanivtsi village chief, Mr. Averbukh, distributed the leaflets in Volyn and Podillia (the nearby regions of Ukraine) describing the favorable conditions of life and labor in Lanivtsi. The Jewish families began to migrate to the village. Then the local intellectuals also worked there: teachers, businessmen, doctors, clergy.

The valuable evidences of this chronological period are local matzevahs - gravestones with names found in the town district of Novosilky, where the oldest Jewish cemetery of Lanivtsi was located.

The Germans captured Lanivtsi on July 3, 1941: the town was occupied by detachments of the 17th German army.

The ghetto was established in the town. Around 2 thousand residents lived there. We know about the life in ghetto and its extermination from the memories of Moshe Rosenberg and Meir Becker - “The Memorial Book of Martyrs from Lanivtsi Who Died in the Holocaust”.

On August 2, 1942 the German occupation authorities ordered to kill all the residents of the Lanivtsi ghetto. The last way of the doomed people led along Ukrainska street. 3,587 persons were shot on the town outskirts. Another 1,500 victims were sent to Vyshnivets town and murdered there.

One morning in the spring of 1943 Lavrentiy Shevchuk found two Jews in his stable. One of them was Moshe Helman, the teacher of Vasyl, son of the Shevchuk family. Another one was Moshe Haler, Helman’s friend from Ternopil. They asked Shevchuk to let them stay in the stables until dark.

Lavrentiy agreed and soon his wife brought them hot milk and blanket. After few days passed, Shevchuk understood that these Jews had no place to go. He offered them to stay in the house. Initially they slept on the hay in the stables or in the pit digged by them. Once a day Stepan or his wife brought them food. Helman and Haler wished to thank for such hospitality, so they took care of the horse and threshed grain.


Vasyl regularly visited the Jewish men, told them latest news and tried to support them. During almost a year Helman and Haler had been hiding in the stables of the Shevchuk family. They left the house only once, when the Germans conducted the raid. That day they were hiding on the field.

In March 1944 the Red Army eliminated the Nazis from these lands. Helman returned to school in Lanivtsi, Haler settled in the town of Zbarazh. Both of them regularly visited their saviors. It caused negative reaction of some locals and one day they killed Vasyl - the 17-year-old young man.

Later Helman and Haler migrated from the USSR: Moshe Helman went to Israel, Haler - to the USA. During many years they kept contacts with Shevchuk. On February 10, 1997 Yad Vashem honored Lavrentiy and Yevdokia Shevchuk as well as their son Vasyl the title of the Righteous Among the Nations.