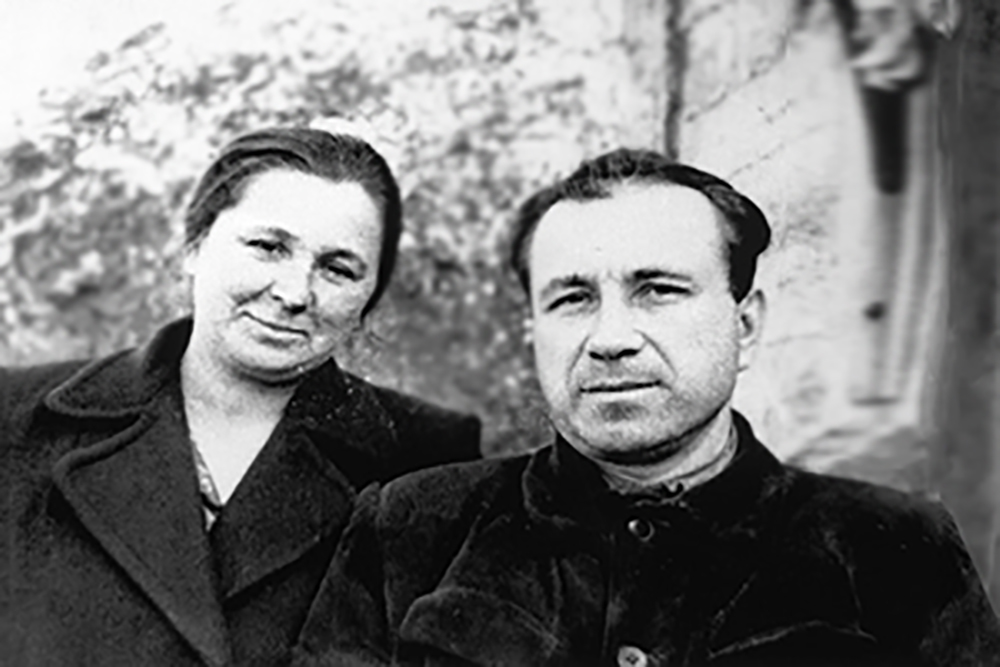 The Smirnov family were the Old Believers - the Orthodox Christians who observed the rituals as they were until reforms of the XVII century. They lived in the city of Kirovograd (current Kropyvnytskyi). That was the large multi-children family. Before the war Zinaida Smirnova was acquainted with the Jewish woman Anna Krasnobrodska. Anna was a teacher, so she was well-known among the locals. At the end of September 1941 the Nazis occupied Kirovograd and conducted the massive shootings of the Jews. Few days after executions, Zinaida met Anna Krasnobrodska in the city. The woman trusted Zinaida and told her story.

Anna and her daughter Alla miraculously avoided shooting. One of the German officers noticed the blue-eyed and blonde Alla and ordered her to show the documents. He wrote that in her birth certificate her father Volodymyr Ignatiev was recorded as the Ukrainian. The German allowed Alla and her mother to leave the site of execution.

Anna understood that their normal life was ended. The woman was afraid that one day their neighbors would inform the occupiers against them. The Krasnobrodskyi family began to change the places where they slept. Sometimes they spent nights in abandoned or destroyed flats and basements. Therefore, when Anna met Zinaida, she decided to ask her for help.

Zinaida checked with her family and decided to help Anna. Zinaida let mother and daughter live in one room of their flat. Almost all the time of occupation Anna and Alla hid at Smirnov’s house. The rescuers not only sheltered the Jews, but also gave them food and clothing. For the case of danger Kuzma, the brother of Zinaida, dug the hideout in the yard where they stayed in the most dangerous moments of the Nazi raids. When they had no time to go to the hideout, Anna covered herself with the rags and the Smirnovs told the Germans she had a typhus.

Moreover, the Smirnovs paid a lot of money to get the false documents for Anna. It was one more chance for the Krasnobrodskyi family to survive. The woman received passport with the second name of her ex-husband, so, her new name was Anna Ignatieva. However, until the end of the occupation the woman had been hiding, because many citizens knew she was the Jew.

Only after the elimination of the Nazis from Kirovograd Anna returned to the normal life. She continued to teach in one of the city schools. Her daughter Alla also became a teacher. The two families of the rescued and the rescuers stayed in touch for many years.

On January 12, 1997 the Yad Vashem awarded Zinaida Smirnova, her brother Kuzma and his wife Zinaida the title of the Righteous Among the Nations.