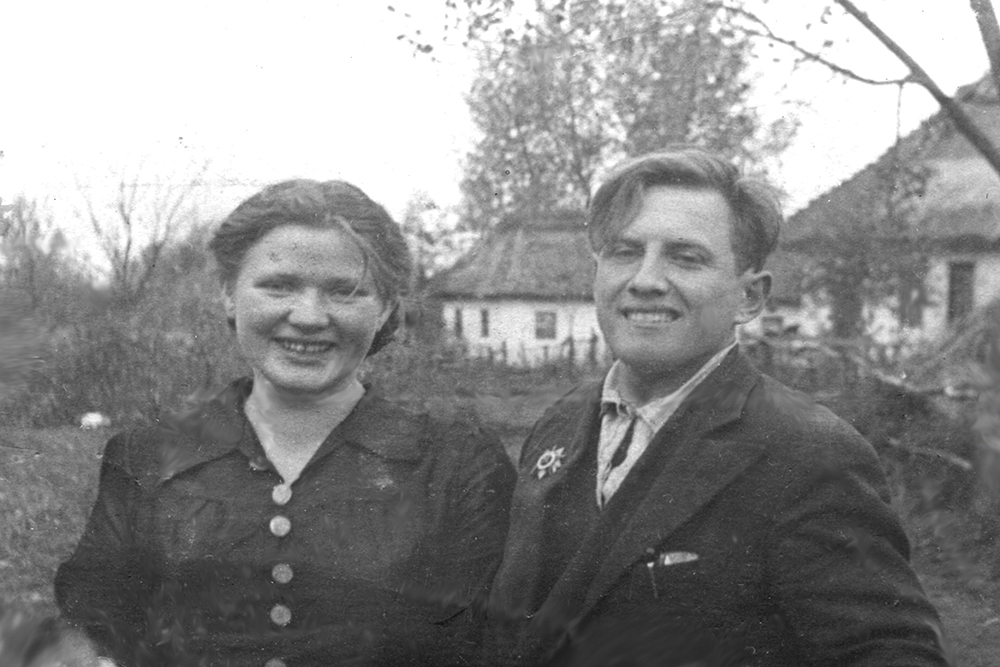 The peasants Theodosius Subotenko, his wife, Maria and daughter Nina lived in the Jeremib region, on the outskirts of the village of Lebedyntsi (now Andrushivsky district of Zhytomyr region). In July 1941, Nazi troops occupied this territory, and in April 1942 a soldier who had fled from captivity knocked at the door of the Subothenko’s building. He was called Ivan and asked to stay overnight.

"At that time I was in hiding place of another room, and I heard everything. The fact is that my cousin Yulia  and I recently managed to escape from the crowd of the villagers, who were led through the forest in Andrushivka village to be transferred to Germany. I got to the village Zherembivshchyna, but few knew that I was back home and hide. Suddenly a stranger asked: "Where is your Nina?" Mama replied that I was taken to Germany. True, he says, they say that two girls escaped, but no daughters at home... "From the memories of Nina Subotenko (Bogorad)

The unexpected guest was fed, put to rest on a hayloft. In the morning Nina talked to him. The girl said that she was one of the two ex-Gastarbeiters who escaped from the forced exportation to Germany. The next day Ivan got sick with fever. The Subotenkos knew that there is no way to help him without a doctor. But the guest asked not to call an outsider and admitted in his Jewish origin.

When Nazi Germany unleashed the war with the Soviet Union, a resident of Kiev Yaakov (Yana), Bohorad was in Red Army on regular military service. He start his first battles with the entered the border enemy. During one of the battle he got seriously injured and got into a military hospital, but with the arrival of the invaders he was sent to a camp of prisoners of war.

"After a serious injury to his head, Janya was unconscious in a field lazaretto. When Nazi Germans arrived, former medical staff was supposed to transmit information about the wounded to administration of the Nazi concentration camps... "From memories Nina Subotenko (Bogorad)

In the camp Yakiv Bogorad was known as Ivan Khristiuk from the village of Chervone, Zhytomyr oblast. Soon after that, the administration released him home along with many other Ukrainians to collect the harvest for the occupiers. However, the test for Jacob was not over yet. As a man with a dubious "without a passport" reference, he was dropped into heading to Germany echelon. But the young man managed to jump out of the train. A few weeks later, on the outskirts of the Lebedinsky, Ivan met a friend and asked him the safest place to survive. He pointed to the Zherembivshchina. Soon, the fugitive hired at the farm to help hosts to feed the cattle for food and lodging. The local advised Ivan to come to the Subothenkis, they say, he could find shelter there.

The Subothenkis put Jacob on their feet. He had a Slavic appearance and spoke Ukrainian very well. After healing, he became the organizer of the anti-Nazi underground in Zhytomyr region. Under the cover of a shepherd, he moved freely, without suspicion between settlements of the region. The locals knew him as Ivan Khristyuk. Having left in Kyiv his father Zalman Bogorod, mother Liya Livshits and sister Rachel, Jacob did not have any news about their fate and was very worried about his relatives. 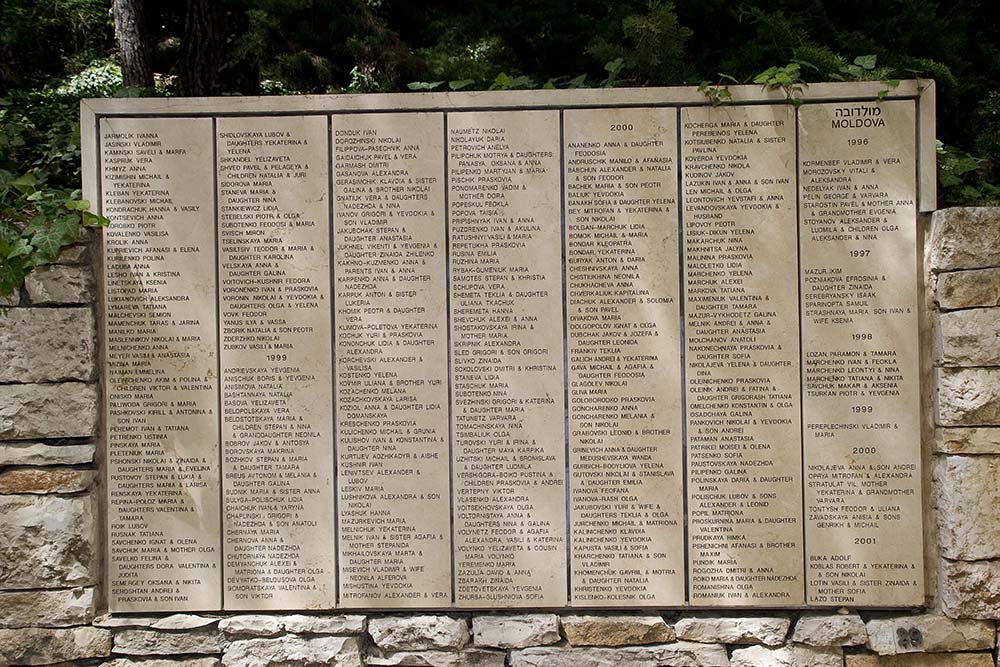 "We never told anyone that he was a Jew, and he did not look like a Jew. He was extremely erudite ... At the same time, we were all patriots in the struggle against Germany. We did not pay attention to whom or what nationality he was... Moreover, my father always had good relations with the Jews. The Leiba Jew from the district center always came to us and he sewed us all our clothes ... So our family was never against any nation, and it never depressed us." From memories Nina Subotenko (Bogorad)

The Subothenkos family was sure that their friends and neighbors would not give them away. That is why, even knowing of the terrible responsibility for the hiding of a Jew, they almost feel no fear. Soon, a strong friendship, which grew into love, was established between Nina and Ivan.

"There were only five girls in our sabotage group of fifty persons. I was already more or less competent, I graduated from two year technical college course in Kiev, I was able to speak on various topics, read books, and he (Ivan) always asked me questions... We talked very often with him... Then they started to go on to different tasks together in the occupied villages. That's how we got together..." From memories Nina Subotenko (Bogorad)

Over time, the feelings became stronger and warmer. Nina with James often dreamed of a common future. With the return of the Red Army, a man was severely injured, lost mobility of his fingers and was decommissioned. In the beginning of 1944 he returned his true name.

"One day before my trip to Kiev for a report on my underground activity, Ivan asked me:" Still, despite the fact that I am a Jew, would you marry me? "I replied to him that he had no Jewish descent for me, no matter, and agreed" From memories Nina Subotenko (Bogorad)

In 1946 Nina Subotenko changed her surname and became Nina Bogorod. Throughout her marriage life, she did not reflect on the fact that at the time of greatest danger together with her parents they saved her future husband. 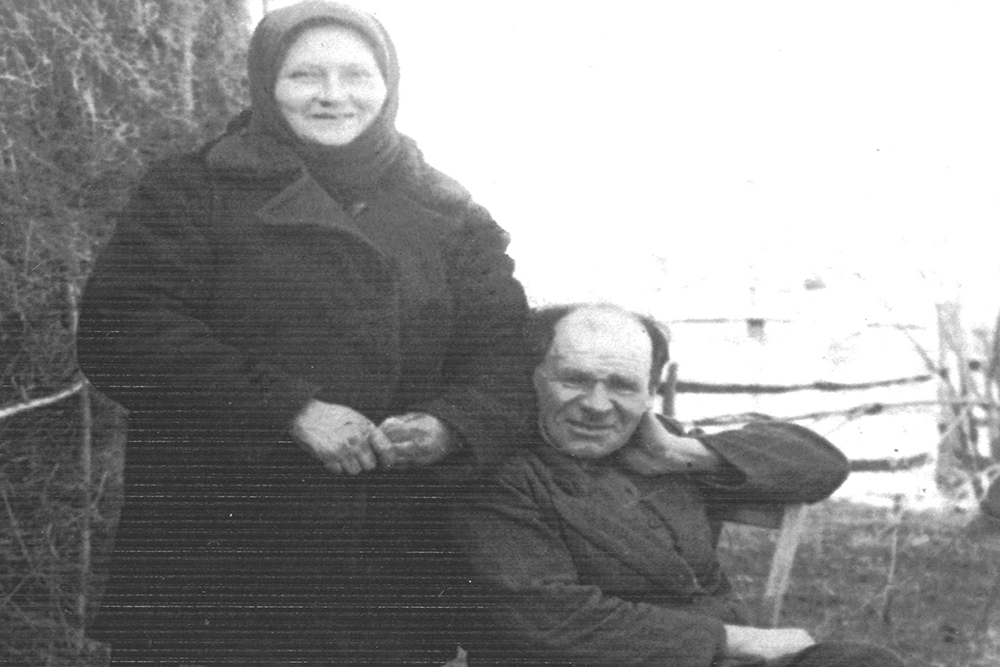 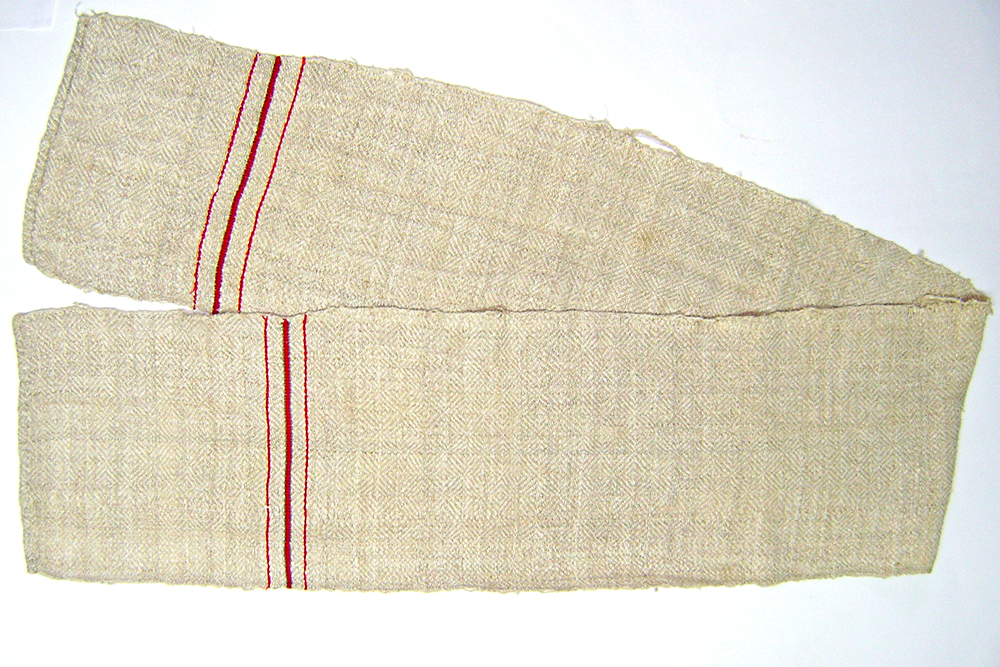 Jacob Bogorad died in 1984. On July 28, 1998 Theodosius and Mary Subotenkos were named as the Righteous among the Peoples of the World. On February 22, 1999 this title was given to Nina Bogorod (Subotenko).